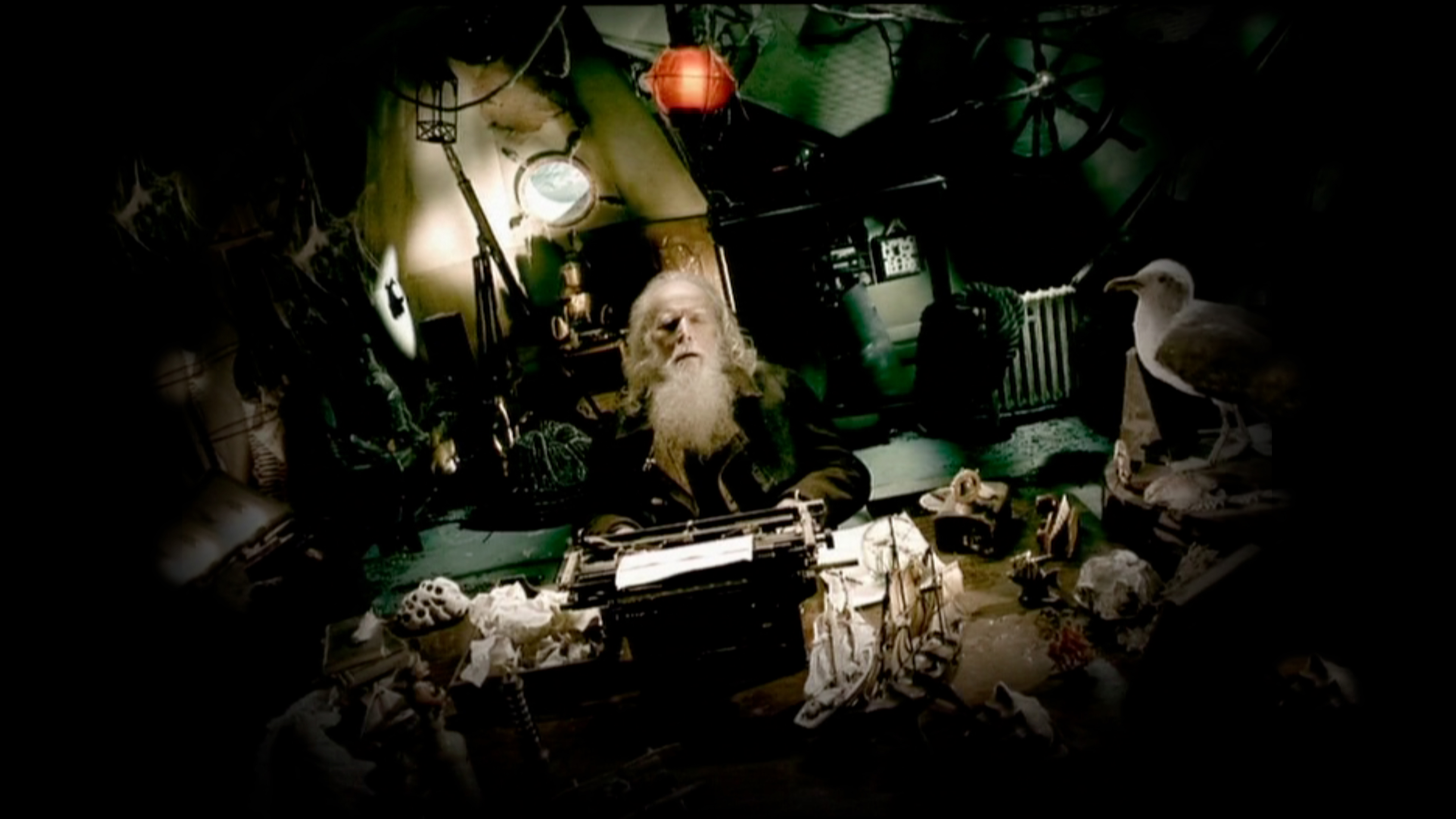 Often people have no idea what pixillation is, so as we have a long history of making pixillated films, (Jonathan director at D fie foe made his degree film using it) we have assembled some of the classics, plus a few films of our own, to enlighten readers about this technique. We have been commissioned by Glasgow Festival 2018 to create an exciting new film, using the beautiful technique of ‘pixillation’ (animation of the human form), so now seemed a good time to take a deeper look.

Initially we were influenced by straight time-lapse which most people are familiar with, and particularly the seminal Koyaanisqaatsi 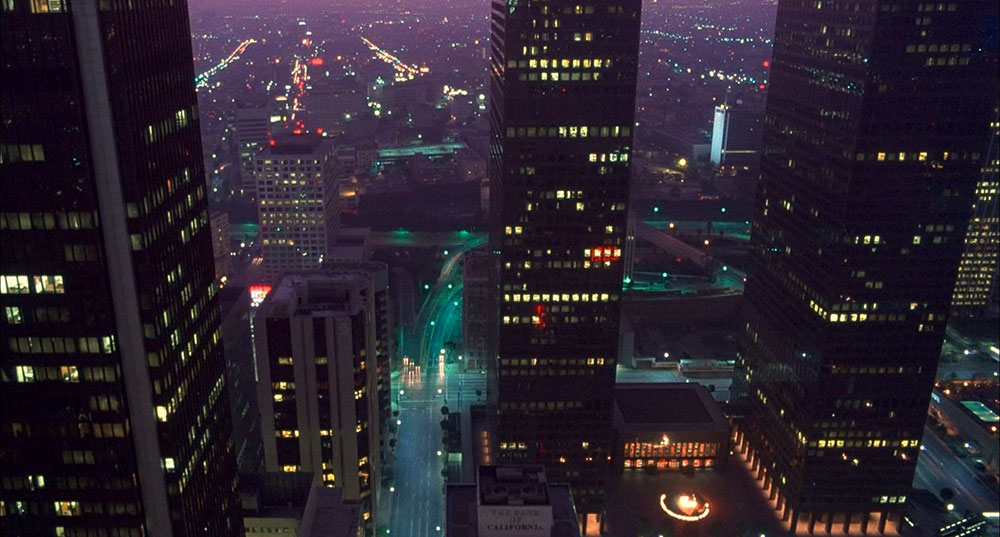 I think the first true pixillation film we saw was Palisade. I can’t find anything anywhere on the web about it – even though it won best short film at Cannes in 1987. Jes Benstock also saw the film with me that night at the Tyneside Cinema, and when he was invited to make a music video for Orbital some years later, he called me up to direct the animation. We had an incredible team, including the recently sleeping Tilda Swinton, and created the highly regarded The Box. 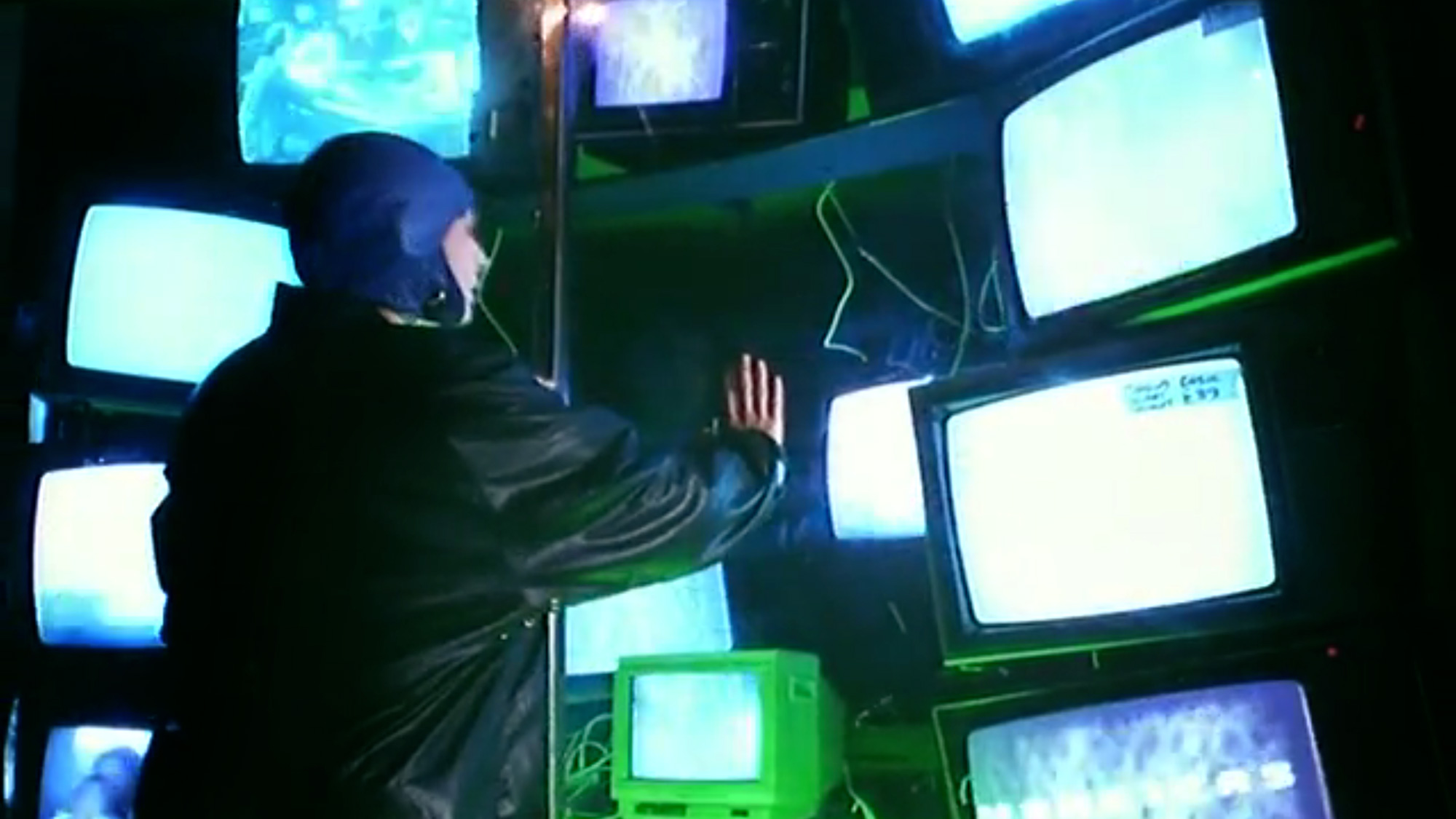 For 95% of this video we kept the camera taking a frame every two seconds, this created lush timelapse backgrounds and enabled Tilda to slowly pixilate as I called out her timings. We had quite a routine in the end for small amounts of walking in this film.

But of course you don’t have to work like this, you can choose to animate objects at the same time as the humans ‘freeze’ in a position. One of the most celebrated films using this technique is Norman McLaren’s Oscar winning Neighbours (1952). A dark tale fully exploiting the possibilities of animating at the same time as pixillating 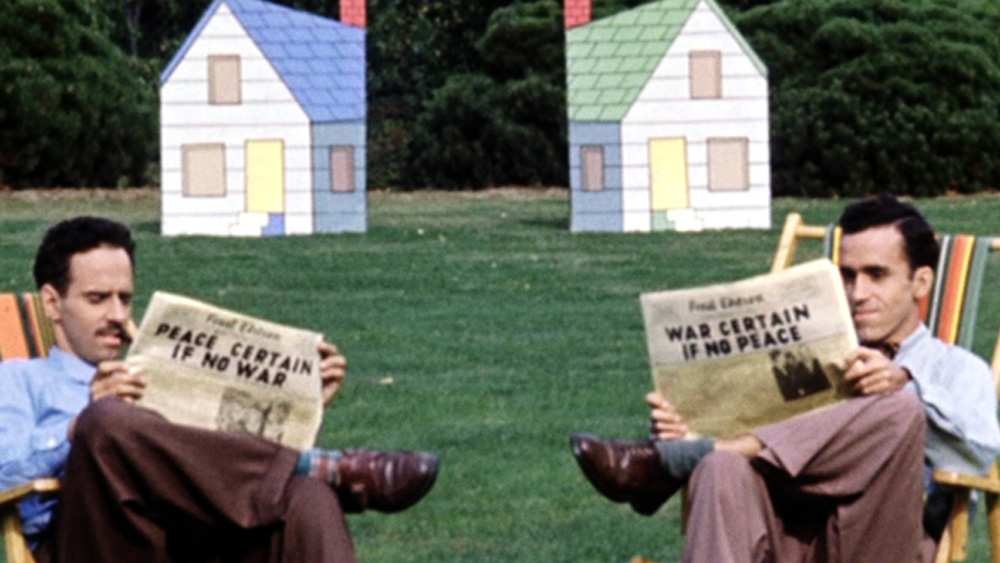 Another more recent film that uses some great techniques is Sorry I’m Late, this again works with real humans, but now has the camera pointing down and so allows the pixilation to be mixed with object animation. (Object animation is one of those techniques that you create very easily with children and we wrote a page about it on the Moving Image Education site). 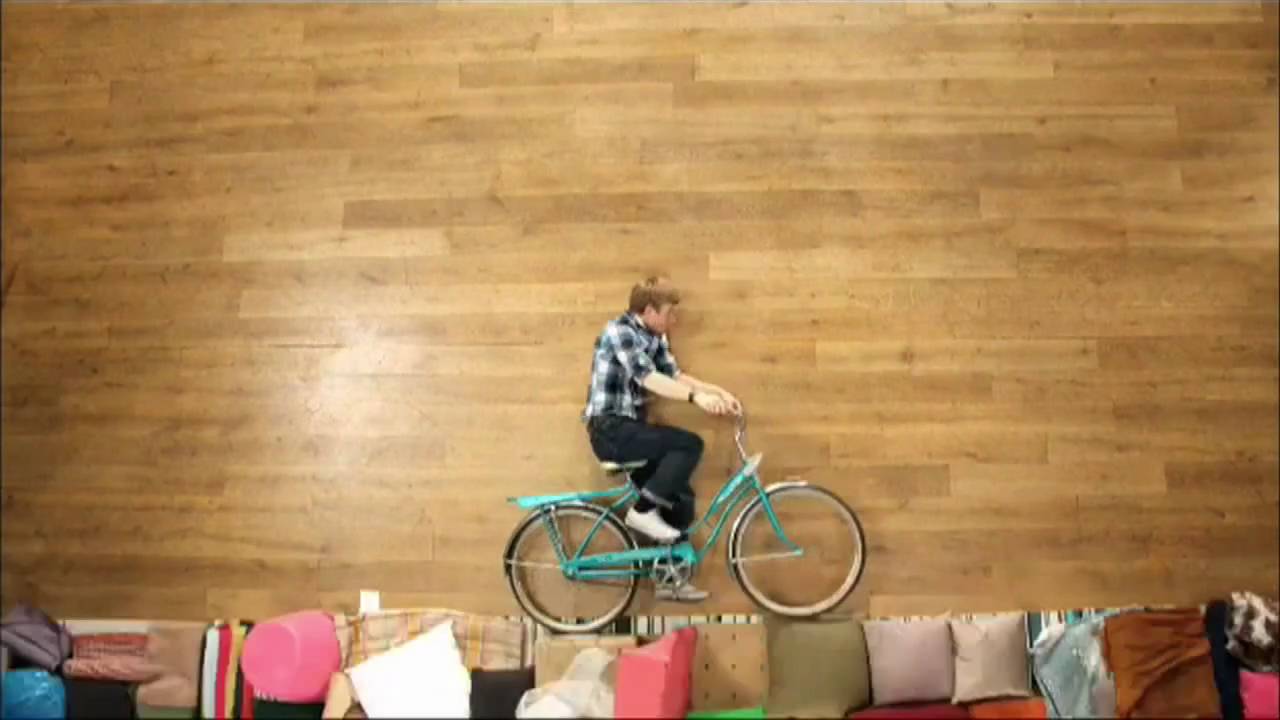 Back on films that use the continuously rolling camera technique, the insanely ambitious End Love takes some beating. As is common in OK Go’s work they created the whole film in a single take, there is even a stage in the middle where they all hop in to sleeping bags, to regain energy to continue with their pixilation. 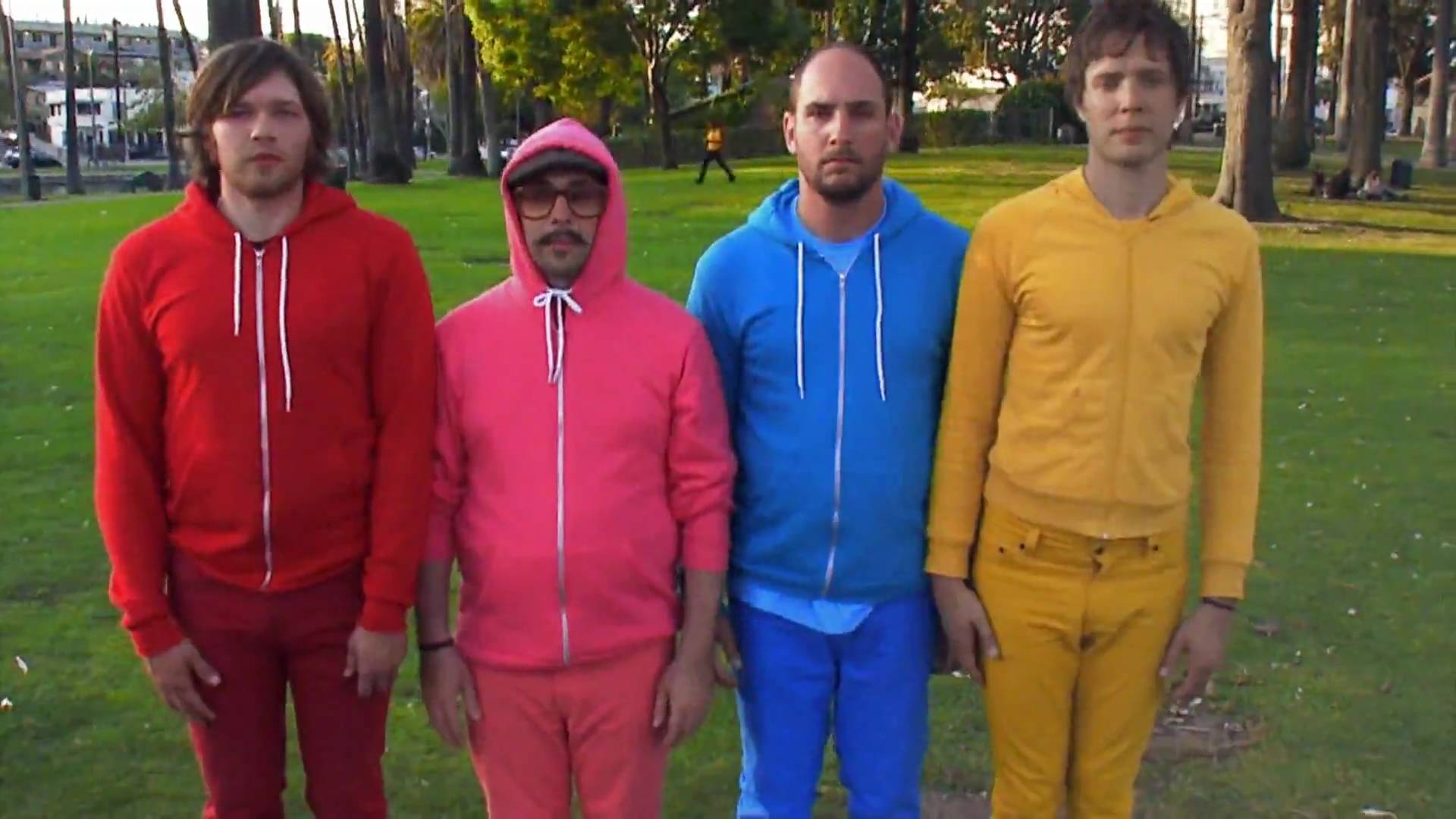 Another film that mixes pixillation and animation in a clever way is Pancakes for your face it also shows flying created with pixilation. 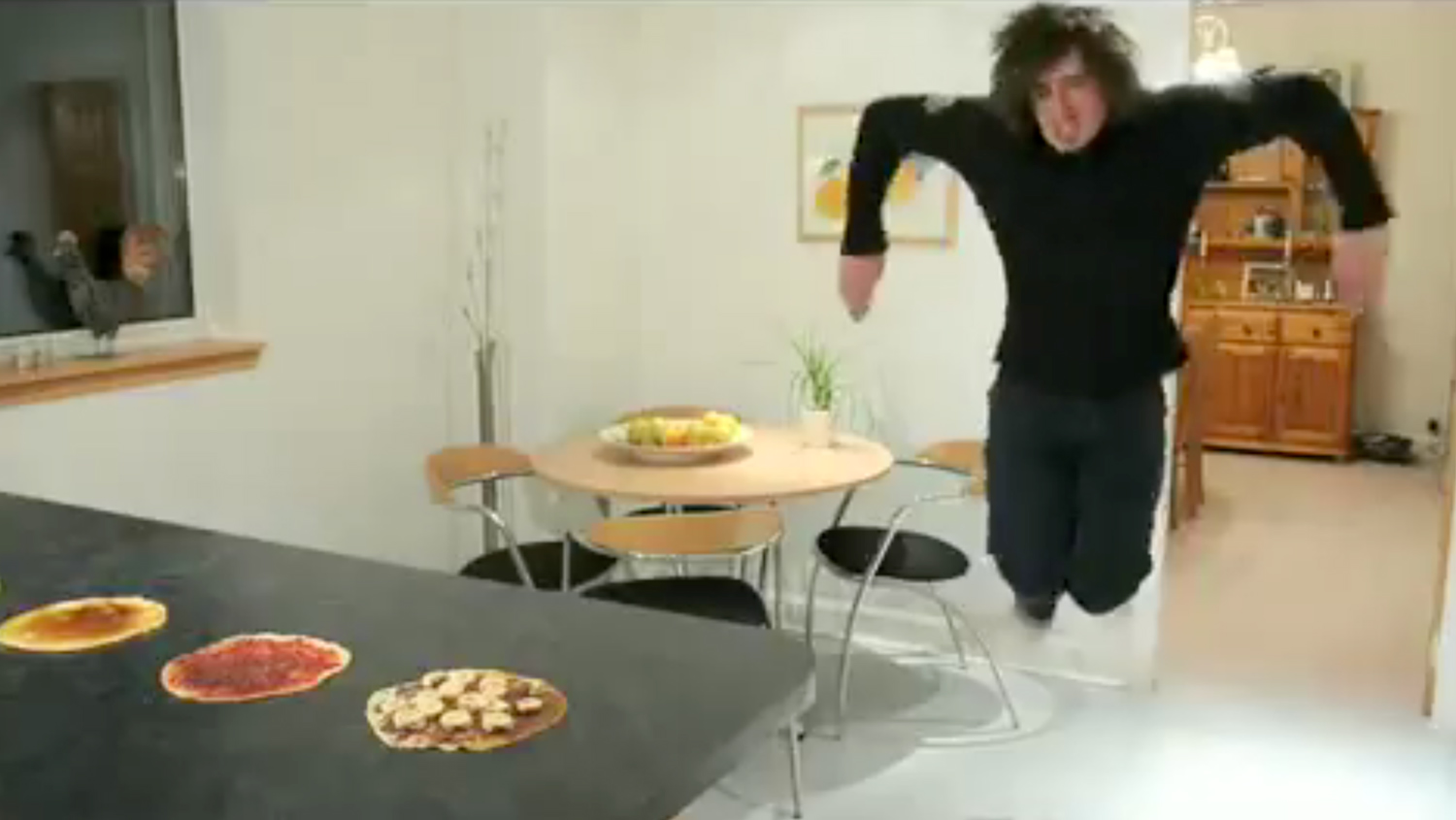 Then finally perhaps the pixillation we are most proud of was a third video we made with Orbital – the sumptuous Style – which links all the best elements of animation, pixillation and puppetry together in Kafkaesque heaven. (co-directed by Jonathan D fie foe and Luke Losey) 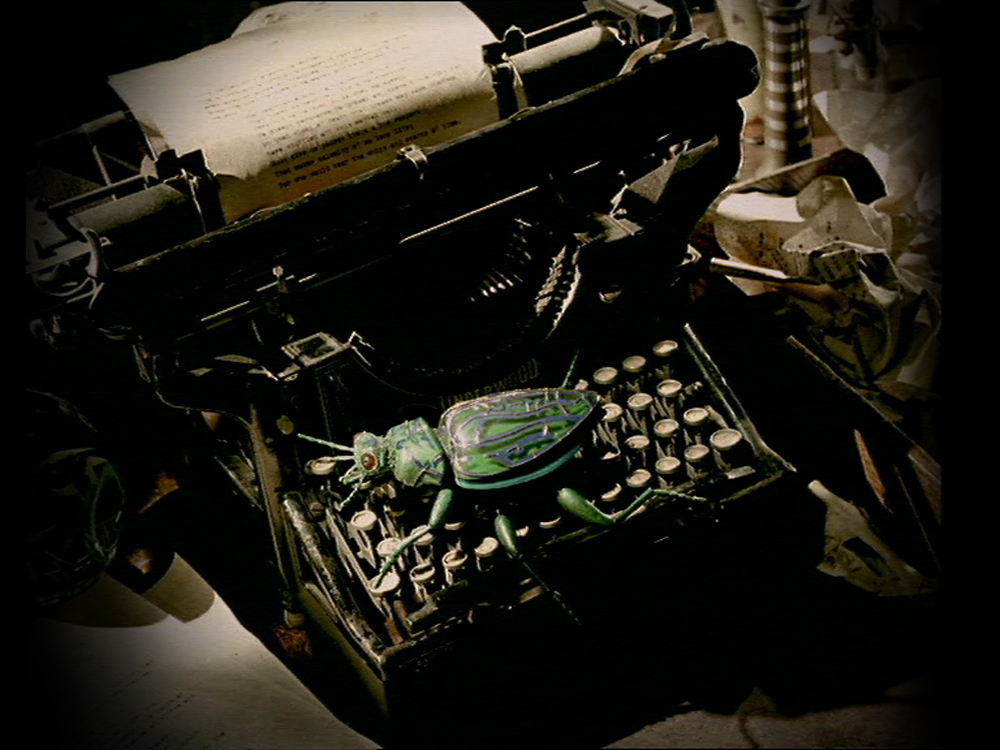 …but how do you actually create pixillation, you might still ask. The two main ways used above are either: Work with individual frames as you would in a normal animation, and use your humans as animated puppets,  repositioning the character’s pose for each new frame (this allows you to also puppeteer other objects at the same time). Or the quicker, perhaps more common way is to simply run your camera on timelapse while your characters perform everything very slowly.